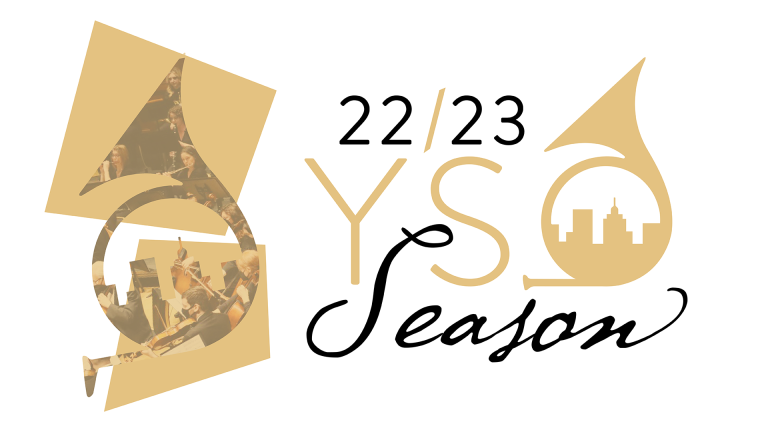 Experience Your Youngstown Symphony Orchestra! Season subscriptions and renewals as well as individual tickets are on sale now for the 2022/2023 Season.

As the search for a music director continues this season, audience members will see some familiar faces from this past season, as well as new guest conductors at the podium. The Youngstown Symphony Society’s goal is to find a music director that can not only engage with the audience and orchestra while on stage, but plan concert programming that will grow community and audience engagement.

Matt Pagac, Chief Executive and Operating Officer said [about the programming], “The musicians are the Youngstown Symphony Society’s greatest asset and we want to provide them with opportunities to exhibit their talent and be an active part of the area’s performing arts community.”

The Season will open with the first Pops in Powers concert on Saturday, September 10th at 7:30 pm at the DeYor Performing Arts Center. YSO Pops Mask-erade will welcome guest conductor Chelsea Gallo to the podium. Gallo invites the audience to grab their favorite domino mask [superhero mask] for a night out to enjoy the music of popular superheroes and classic pieces featured in popular films.

Gallo stated, “It’s a really great balance between the traditional classical music you see at a masterworks concert, and music from pops concerts like Star Wars, and Romeo & Juliet because the first time they meet each other is at a mask ball. It’s a great way to start off the season.” She added, “You can expect really excellent polished masterworks, very fun joy-filled film music and a very special modern way of making a hybrid experience of both of these types of music.”

New this season, Your YSO will take the audience on a nostalgic ride through Elmer Bernstein’s Grammy-nominated score as Ghostbusters is screened live with guest conductor, Peter Bernstein, at the podium. The performance will be held in Powers Auditorium at the DeYor Performing Arts Center on Saturday, October 8th at 7:30 pm and Sunday, October 9th at 2:30 pm.

Ring in the Holiday season with a festive Pops in Powers concert. Iconic country and pop singer, dancer, actor, author, entrepreneur, and public speaker, Marie Osmond will join Your Youngstown Symphony Orchestra for a holiday spectacular! The lushly orchestrated and heartwarming show, Marie Osmond: A Symphonic Christmas will enchant audiences on Thursday, December 8th at 7:30 pm.

For dates and more information see the full season below.

Season Sponsorship packages are available and include program advertising, premium tickets for each performance, and invitations to exclusive VIP events.  For more information, contact JoAnn Stock, Chief Development Officer at fundraising@youngstownsymphony.com or by calling 330-747-5175.

Grab your domino mask for a night out in Youngstown. Your Youngstown Symphony Orchestra will open the 2022/2023 Season with a Mask-erade. Enjoy the music of your favorite heroes, and classic pieces featured in popular films with guest conductor Chelsea Gallo at the podium. The hybrid pops and masterworks concert will feature music from Star Wars, Batman, and The Phantom of the Opera, as well as classical pieces such as Prokofiev’s Romeo and Juliet Suite and Mozart’s Don Giovanni Overture.

Set your emotions ablaze, experience the soaring expressions of Brahms’s Symphony No. 1 and the bursting assertiveness of Mikhail’s Ruslan and Lyudmila: Overture. Puccini’s I crisantemi (The Chrysanthemums) release sentiments of grief that rise into excitement as The Firebird engulfs the hall’s acoustics. Guest conductor Raffaele Ponti returns to lead Your Youngstown Symphony Orchestra through this passionate concert.

Pops in Powers: Ghostbusters in Concert

Experience a serene musical journey performed by Your Youngstown Symphony Orchestra. The deep colors and calm breeze of harvest time create sensations of peace felt through Libby Larsen’s Deep Summer Music. A journey in itself Mahler’s Lieder eines Fahrenden Gesellen (Songs of a Wayfarer) will take the audience through the emotions of love and loss. The concert will close with Brahms’ Symphony No. 2. Composed lakeside in 1877, scenes of peace and tranquility are painted in this classical work. Guest Conductor Dean Buck will lead the YSO with guest artist vocalist Young-Kwang Yoo, baritone.

Embark on an exploration through the classical works of Strauss, Coleridge-Taylor, Haydn, and Dvořák. As the music unfurls, the plot is revealed to listeners as the tale of Don Juan is told through energetic brass, romanceful winds, and the hushed tones of his last breath. Coleridge-Taylor’s Danse Nègre is a festive celebration of the African spirit. The adoration of the various cultures within the continent shine within the swinging rhythms and angular melodies. Dvořák’s Symphony No. 9, commonly known as “From the New World”, demonstrates his admiration of African American spirituals. The piece moves from old worlds to new, employing stylistic elements of Bohemian, German, French, Scottish blended with plantation songs of the American South. Guest Artist Brian Neal will join Your YSO for Haydn’s delightful Trumpet Concerto in E Flat, composed to showcase the capabilities of the newly invented instrument.

It’s a show-tune song and dance extravaganza! Celebrate Phantom of the Opera, Les Miserables, The Lion King, Waitress, West Side Story, Wicked, and more in one thrilling, crowd-pleasing performance. The only thing better than spending an evening at a hit Broadway show is spending an evening with ALL of them. Guest Conductor André Raphel returns to Youngstown entertaining audiences by conducting these show-stopping tunes.

Experience works from titans of classical music by composers Strauss, Mozart, and Mahler. The infectious melodies heard in Strauss’s Overture to Der Fledermaus can be enjoyed by long-time and new symphony goers alike. Guest Pianist David Allen Wehr joins Your YSO for Mozart’s Piano Concerto No. 23 in A major. Interchanges between the winds, strings, and solo piano create the sweeping gestures of the achingly beautiful piece. Dubbed “Titan, a tone poem in symphonic form,” Mahler’s Symphony No. 1 in D Major envelopes nature and the human experience taking listeners through many emotions with changing musical tones.

Pops in Powers: A Night for Jazz

Join Your YSO and guest vocalist Brianna Thomas for a night of jazz with some soul, and a little side of funk. Born and raised in Peoria, Illinois, Brianna Thomas made her singing debut at the age of six, and by age twelve, her talents and dedication propelled her to worldwide success. Showcasing a uniquely soulful and captivating voice, Brianna Thomas presents a book of songs that encapsulates common human experiences.