Jim Brickman's The Gift of Christmas

The Youngstown Symphony Orchestra joins Jim Brickman, the multiple Grammy nominated songwriter and piano sensation  this festive season with “The Gift of Christmas,” a magical evening celebrating music, love and family. Brickman will warm the of all as sounds of faith and love make spirits bright, bringing family and friends together for anything but a silent night. Join Brickman for this LIVE and joyous concert experience that blends yuletide memories and holiday favorites with his own hit songs such as, “The Gift,” “Sending You A Little Christmas,” “Angel Eyes,” and “If You Believe”. Jim Brickman: The Gift of Christmas celebrates the gift of family, the gift of friends, the gift of peace, and the gift of love, wrapped up in sweet sounds of the season only he and his piano can
provide.
Purchase Tickets 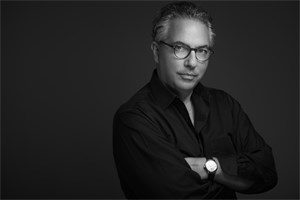 “Award Winning Conductor, Raffaele Livio Ponti is an artist of dynamic personality, charismatic performances, and superb musicianship. His trademark is the breadth of his vision, the clarity of his interpretation, and the rich beauty of his sound.” The Chicago Courier News Writes, “Maestro Ponti brings an exhilarating energy level to center stage. It’s an electrifying swagger empowering and enabling him to pull music from light to darkness and back again. He is a rising star!”

The 2021-2022 season will be Maestro Ponti’s ninth as Music Director of the Punta Gorda Symphony and eleventh with the Paducah Symphony Orchestra. Both symphonies have grown and flourished under his leadership. His superb musicianship and dynamic personality have attracted professional musicians and guest artists from around the world, resulting in sold-out concerts for the past six seasons.

Maestro Ponti is a champion of music education in the community with his “Maestro Visits” which are school visits (every third grader in the county gets a visit each school year), master classes (middle school, high school, and universities) and the annual “Youth Concerts” which are now affiliated with the Carnegie Hall Link-Up program.  His community outreach also extends to adults, with his exciting “Behind the Notes,” his pre-concert program “Musical Conversations with Raffaele” and his innovative program “The Symphony as a Business Model,” which has attracted new businesses and patrons to the orchestra.

Raffaele's drive and vision on the podium, as well as in the community, have earned him the prestigious Charlie award for “Outstanding Achievement in the Arts,” Florida Weekly’s “Best” and Harbor Style Magazine’s “Best Performing Arts Organization.” In 2015, he was honored with a Proclamation given by the Mayor and City Council Members of Punta Gorda, FL.  In December 2017, Maestro Raffaele Ponti accepted the Charlotte County School Board Award as “Business Partner of the Year,” on behalf of his contribution to music education in the county.

Raffaele Ponti’s reviews have dubbed him a “rising star”, “charismatic”, “electrifying”, “empowering” and his audiences agree. Maestro Ponti was recently named a “Leader of Distinction” by the Florida Weekly.

The hit-making songwriter is the best-selling solo pianist of our time earning 21 Number One albums and 32 Top 20 Radio Singles in the industry bible, “Billboard Magazine.” He’s garnered two Grammy nominations, gospel music’s Dove Award, two SESAC Songwriter of the Year Awards, and the Canadian Country Music Award. He also has a music scholarship named for him by his alma mater, the prestigious Cleveland Institute of Music.

Born and raised in Shaker Heights, Ohio, Brickman began his music training at the age of five. But young James wouldn’t conform to the rudimentary regulations of piano lessons. “He didn’t have the knack for it,’ his first teacher would say. That didn’t discourage the tenacious pianist from creating his own unique brand of musical storytelling.

Brickman is one of pop-music’s most fascinating success stories. He jumped from a career as a jingle writer of famous tunes for advertising, to reviving the romantic standard of the popular song. His first album release was 1995’s “No Words,” and he’s gone on to sell eight million albums worldwide.

“Hope,” “Faith” and “Peace” are truly at the heart of Jim Brickman’s passionate songwriting. “I write music to be shared — to soothe, to inspire, to celebrate, to love. To me, music is the pure and simple soundtrack to life’s most memorable moments.”

As a true artist that lives and breathes the music he creates, Jim Brickman is thrilled to introduce fans to his most recent songs and perform them live in concert halls across the world.