Organist Scott Dettra and the Youngstown Symphony Orchestra join together in the Concert Hall at Stambaugh Auditorium to celebrate the 10th Anniversary of the E.M. Skinner Pipe Organ Restoration. 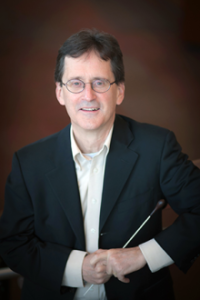 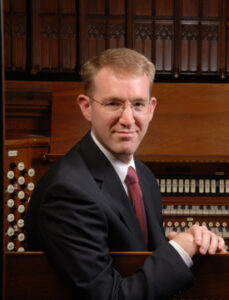 Hailed as a “brilliant organist” (Dallas Morning News), an “outstanding musician” (The Diapason), and described as a “prodigy” by The New York Times at age 13, Scott Dettra is acclaimed as one of America’s leading concert organists.  Mr. Dettra’s playing is praised for its clarity, rhythmic intensity, and musical elegance, and has been described by The American Organist as “music making of absolute authority and sophisticated expression.”  He combines an active performance schedule with his post as Director of Music at the Church of the Incarnation in Dallas, where he leads a vibrant music ministry in one the country’s largest Episcopal parishes.  In addition to his work at Incarnation, he is a member of the organ faculty at Southern Methodist University, and is organist of The Crossing, the Grammy-winning professional chamber choir based in Philadelphia. Prior to his appointment in Dallas, he was Organist of Washington National Cathedral.

Recent and upcoming performances include appearances in New York, Los Angeles, Chicago, Boston, Washington, Atlanta, Houston, San Diego, Phoenix, Kansas City, Barbados, Canada, and Germany.  Festival appearances include the Lincoln Center Festival, the Carmel Bach Festival, the Arizona Bach Festival, the Bermuda Festival of the Performing Arts, and the Piccolo Spoleto Festival.  He has been a featured performer at national conventions of the American Guild of Organists, the Association of Anglican Musicians, the Organ Historical Society, and the Association of Lutheran Church Musicians, and is in demand as a clinician and adjudicator for master classes, workshops, and competitions.

​Mr. Dettra is featured on many compact disc recordings, including The Anglo-American Classic Organ (Gothic), Majestus (Loft), recorded at Washington National Cathedral, and Tongues of Fire (Pro Organo), recorded on the 325-rank instrument at West Point’s Cadet Chapel.  Additional recordings may be found on the Gothic, Innova, Lyrichord, Pro Organo, and Linn labels.  In addition to commercial recordings, his performances have been broadcast numerous times on such radio programs as American Public Media’s Pipedreams and Performance Today, the BBC’s Choral Evensong, and The New York Philharmonic This Week.

An accomplished choral conductor, Mr. Dettra’s choirs have been featured on national radio broadcasts in the United States and the United Kingdom, and at conventions of the American Guild of Organists and the Organ Historical Society.  He has prepared choirs for performances with such ensembles as the National Symphony Orchestra, the Juilliard Orchestra, and the Dave Brubeck Quartet, and has also led and taught several courses for the Royal School of Church Music.

A native of Wilmington, Delaware, Mr. Dettra began piano study at age 3 and organ study at age 8 as a student of his father, Lee Dettra, holding his first church organist position at the age of 9.  He made his New York debut at Riverside Church at the age of 11.  Mr. Dettra holds two degrees from Westminster Choir College in Princeton, where he was a student of Joan Lippincott, and has also studied organ and jazz piano at Manhattan School of Music.

In addition to Washington National Cathedral, he has previously held positions at the Washington Bach Consort, the Cathedral Choral Society, the American Boychoir School, and church positions at St. Paul’s, K Street in Washington; St. Mark’s, Locust Street in Philadelphia; and Trinity Church, Princeton.  He and his wife Haley reside in Dallas with their daughter.

Back to Past Events
View Upcoming Events
Previous
Next